Another year, another litter pick!  Ten keen volunteers from WelHatCycling, Sustrans and the local community spent two and a half hour clearing the Alban Way from Wrestler’s Bridge to the Galleria.

As an example of what we had to clear, here is a pile of fast food litter, which was dumped on the Alban Way on 22nd April 2018 (when the Chair reported it to Welwyn Hatfield Borough Council). The bag split open all over the cycle path. Lovely! 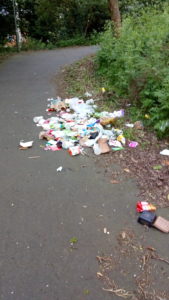 Something nasty behind The Lindens

Amongst the items cleared was a pair of trainers, a washing line, a loo seat and lots of cans.  Fortunately this year we were able to put cans and glass bottles into separate bags for recycling.   A total of 41 bags was collected of which 17 were recyclables.  Ian did sterling work collecting bags and taking them to the collecting points on main roads. 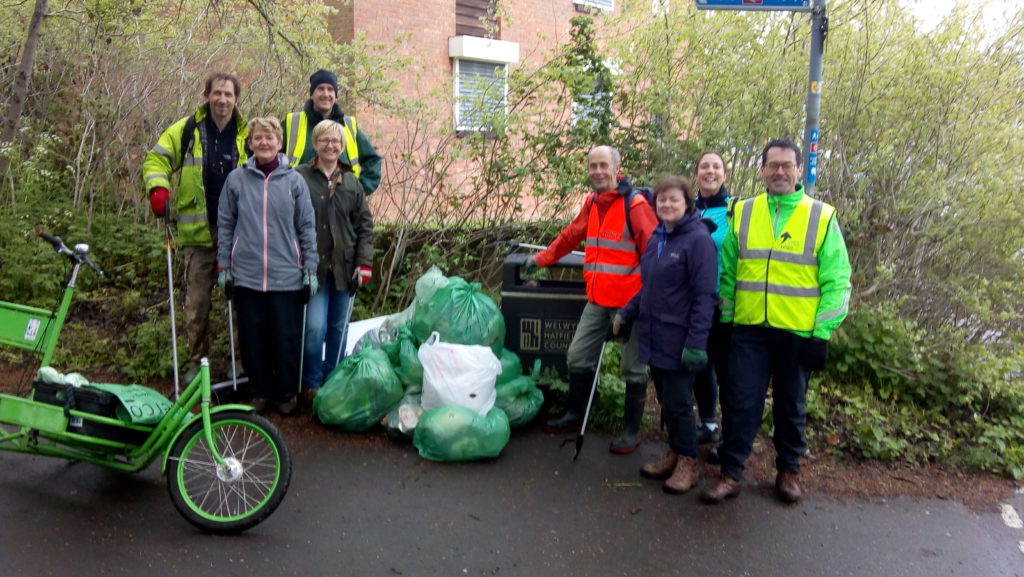 Thank you to all who helped.  Enjoy the cleaned up Alban Way for now.  We’ll be back, sadly!